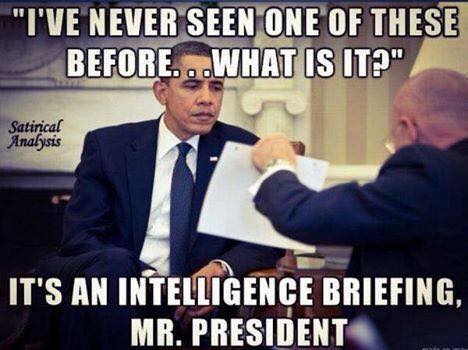 Why should he? All he does is play golf badly, smoke crack and have his faggot boy toys over for "booty bumps"& BJ's in the 'noon. Obama is a fabrication from start to finish, created by the political forces who actually rule. I call them the "junta" for want of a better term in English. Why do you think we have the same Clinton/Bush/socialist/RINO "election lineup" that has been all we have been allowed to "vote" for; For the last 35 years. EVERYONE that has any chance of being "elected" to national office is as fabricated as Barry Soetoro. The "government" in the US is a fraud, A farce. Controlled by unelected men, who rule in secret with what is now total control over every segment of American life. If Obama dies tonight nothing will change. If every Democrat and socialist in America dies tonight nothing will change. Because the ones who rule will remain in power, they will sill carry out "the plan", and until they are cut out of the human race like the cancer that they are, it will only get worse. Things are about to get VERY bumpy world wide, in ways that cannot be controlled. I think that the avalanche has started over the cliff and events have passed out of human control. I hope I am wrong, but I don't think I am. I pray that you get your little house , that your Munchkin stays safe , finds love , and has a good life. I hope we get to laugh at this post next year. But I wonder how long the internet will stay up and uncensored "'cause I think the boat just hit the Ice Burg".. Sorry for the "bummer sweet "K" I'll try for better another day----Ray

Ray,I think we're already over the edge;I have sympathy for those (like you and missk) who have children and grandchildren (I have neither).It's going to get worse before it gets better.But as far as I'm concerned,we may as well get started,so we can get finished and on to the next version of America.
"America" in this context includes Canada,because we depend on each other for so much,it's going to affect all of us.
Much as I hate to say it,maybe we need a guy like Trump,cause at least he's not a career politician-we've had enough of them,we need someone with skin in the game.Rich guys stand to lose more than poor guys when the Socialists take over everything.

If voting would change anything at all I'd say OK bring on somebody new. No Billf. The only vote left that will count for anything is the one in our bullet box ---Ray