Link found over at Plan of the Day

"This dude was on the ground left leaking"

The Knockout Game ~ Nothing New :(


The mainstream media, once again late to the party, is finally waking up to the popular urban pastime, the Knockout Game. Well, at least a little bit. FOX News is talking about it, and some local affiliates of the mainstream stations are reporting about it, especially if it is happening in their area. The problem is that this “new phenomena” is not so new and has been around for at least a couple of years. 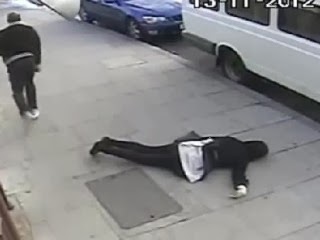 The Knockout Game is played by urban teens who get a point if they are able to take out an unsuspecting passer-by with one punch. These attacks are often videotaped and can be found on You-Tube. The sucker punch causes serious injuries and even death for some victims. If the attacker is not able to knock out the victim, he and his posse often attack the victim, beating him severely and robbing him (or her.)
The mainstream media (if they are reporting it at all) are treating this phenomenon as something new, but it has been around for at least a couple of years. Colin Flaherty, author of White Girl Bleed a Lot: the Return of Racial Violence to America, described the game in his book in 2011. What has changed is that the media, to some extent, is taking notice.
What the mainstream media are loath to do, however, is to point out the racial aspect of this game. The Knockout Game is largely a Black on White crime...
CLICK HERE FOR MORE... »
Posted by MissK at 10:36 PM 3 comments: 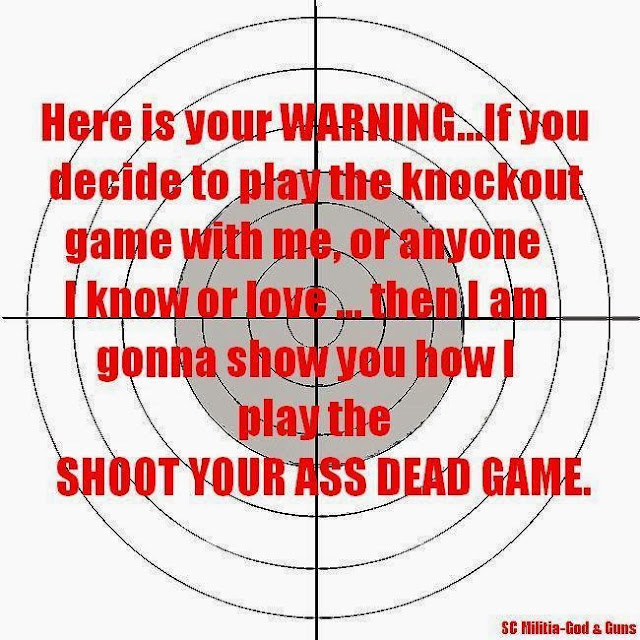 I really hope those punk ass bastards who play
the "Knockout Game" get what they deserve!!
Posted by MissK at 10:10 AM 7 comments: