Plagiarism, The Best Form of Flattery ;) 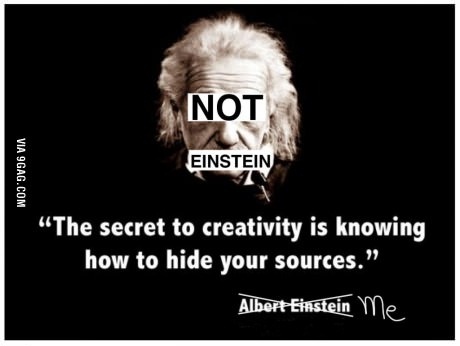 I once read a theory that A.Einstine DID NOT create the theory of relativity, His first wife did. She was a physicist of great talent who worked with him for years. After achieving fame he divorced her, Told her that he would take her children(that he didn't want, He never saw them after the divorce) and cut off her support , if she ever spoke in public, or published another paper. His second wife was little more than his house slave. He never managed to create anything of substance after divorcing his first wife, and in fact never seemed to understand the General Theory of relativity while a professor at Princeton--- Ray

If people knew what half of my comments were referencing, they would understand why I do not consider myself a creative person.

Volfram, your into Anime? The good stuff:)
Greenbow