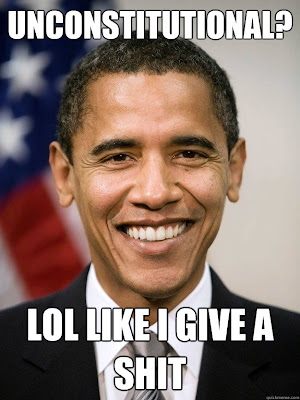 In a case freighted with major constitutional implications, a federal appeals court on Friday overturned President Obama’s controversial recess appointments from last year, ruling he abused his powers and acted when the Senate was not actually in a recess.

The three-judge panel’s ruling is a major blow to Mr. Obama. The judges ruled that the appointments he made to the National Labor Relations Board are illegal, and hence the five-person board did not have a quorum to operate.

But the ruling has even broader constitutional significance, with the judges arguing that the president’s recess appointment powers don’t apply to “intra-session” appointments — those made when Congress has left town for a few days or weeks. They said Mr. Obama erred when he said he could claim the power to determine when he could make appointments.
........

And the court ruled that the only vacancies that the president can use his powers on are ones that arise when the Senate is in one of those end-of-session breaks. That would all but eliminate the list of positions the president could fill with his recess power.
........ 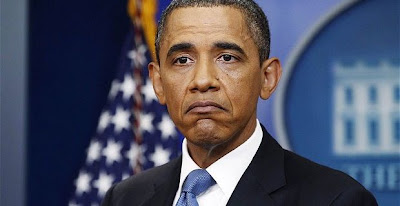 “Issues like this — it’s not about protecting the Congress from the president and the president from Congress,” Mr. Francisco said. “The Constitution draws these lines ultimately to limit the government to protect the people.”

In their ruling the judges said their duty is not to speed up the workings of government, but to hold to constitutional principles.

“If some administrative inefficiency results from our construction of the original meaning of the Constitution, that does not empower us to change what the Constitution commands,” the judges wrote.
........

In the short term, the ruling invalidates one NLRB decision. But over the longer term it could invalidate a year’s worth of decisions by the independent agency, could undercut Mr. Obama’s new consumer watchdog agency set up in the 2010 Wall Street reform law, and could even call into question decisions made by some judges who were given recess appointments.
........

Those powers have produced centuries of give-and-take, with senators regularly slow-walking nominees and the White House looking for ways to get its nominees in place — including the recess appointment.

Mr. Obama, though, appeared to break new ground by acting at a time when the Senate was meeting every third day, specifically to deny him the chance to make appointments.
........

The president argued that even though the Senate was convening every three days, the pro forma sessions didn’t allow any business, and nearly every senator was absent from the chamber, signaling that the Senate wasn’t able to perform its confirmation duties and should be considered essentially in recess.

His opponents had warned that if Mr. Obama’s stance prevailed, then presidents could make appointments when the Senate takes its midday recess for weekly party caucus lunches.

The judges on Friday ruled that the only clear bright line is when the Senate recesses at the end of the year.

The invalidation of Obama’s recess appointments means that they are invalid and the NLRB cannot function. So the NLRB said, “Yes, we can function. So there.”
Following Friday morning’s appeals court ruling that Barack Obama’s “recess” appointments to the National Labor Relations Board were unconstitutional, union attorney (and current NLRB chairman) Mark Gaston Pearce vowed to ignore the court’s ruling.

Little o.Has big plans.Just pray we get by the next four years.They are destroying family and nation.We the people need to slow this down in a civil way.People be heard.For your family and nation need you.Let freedom ring.The future of this nation is on your shoulders.Be known as the generation that saved liberty.