What if people with rifles and shotguns and knives and baseball bats and pistols and swords went on a rampage and killed children in this country and were so demented, so evil and so effective that they murdered one child every 20 seconds...every hour, every day, every month, every year, for four decades. That would mean that almost 56 million children would never grow up and turn out to be whom God had desired.

If demented evil individuals did that, this country would be at war. It would not be allowed. America would be considered a tyrannical evil country. The President would not allow it and no one else would either. And yet..........they do.

The taking of a human life takes place that often
and has been since 1973. 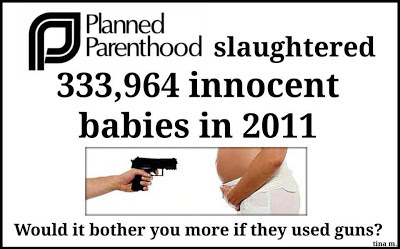 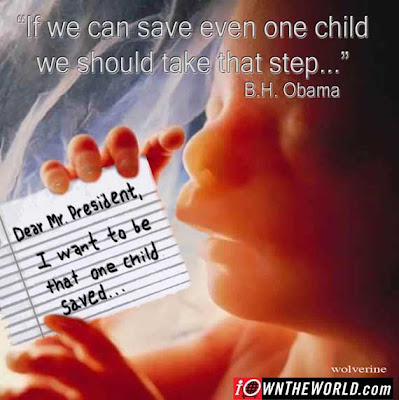 As has been said before, they are murdered as the sacrament of the left.

Its power at its worst.I will pass on to my children.

Info that I will stop the pass.Live free or die.