‘These Tragedies Must End,’ Obama Says


When I read the article linked in the title,
one line struck out at me.....

".....Mr. Lanza shot himself as the police were closing in, suggesting that he may have intended to take more lives had he not been interrupted." 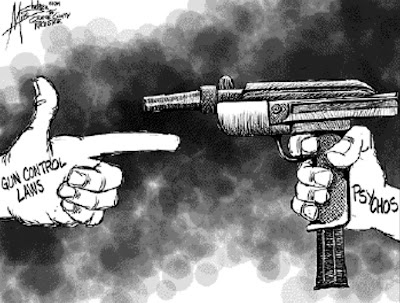 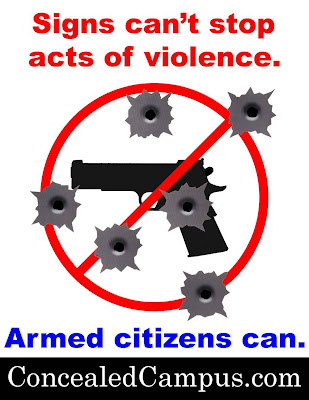 Hat Tip to AngryMike for the pics.

Some very valid comments
from an article posted by Wirecutter....

The last one is Priceless...

We've always had guns. What's changed?
The culture...not the guns.
Every mass murder since Colombine has been strung out on psycho "medications." If a politician says he'll stand up to big pharma and do the right thing he is lying.


The president has no way to stop these shootings. Only parents can do that. Only society can do that.
The police can't stop an intruder, mugger, or stalker from hurting you. They can pursue him only after he has hurt or killed you. Protecting yourself from harm is your responsibility, and you are far less likely to be hurt in a neighborhood of gun owners than in one of disarmed citizens, even if you don't own a gun yourself.
~ Harry Browne

Tread carefully everyone. We don't need anymore tragedies, but we also need not lose our freedoms.
"Those who trade liberty for security have neither."
~ John Adams

You CANNOT legislate morality. You cant force it on people either. If someone wants to kill....they will.

So let's see. This underage kid (1) takes a handgun (2) kills his mother (3) steals more guns (4) steals a car, (5) transports those stolen guns concealed in the stolen car, (6) enters a "gun-free" school, (7-33) kills 26 people, (34-?) wounds how many others (committing attempted murder multiple times), then kills himself. I do not know how many other laws he broke along the way but 34 seems to be a reasonable start. How would have one more or 200 more laws stop this madman?

Start with the MEDIA selling this like it was a TV show!
They will sell this fear to every kids if they can, for ratings and money.
Kids need less of this. It will do no good to scare millions of kids.

It takes a special kind of idiot to want to ban the hammer because somebody got nailed. Yeah that DID have a double meaning: Ban the p*nis, because it causes rape; Ban the cars, because a drunk driver killed someone; Ban the knives, they cause stabbings; Ban food, it causes obesity.... Get the point yet? Y'all who want MORE laws to restrict guns- you DO realize the dud broke over 40 laws in committing this act; Do ya think one more would have made him think twice? Like I said; It takes a special kind of idiot, and that kind of idiot is falling for Obama pandering propaganda based on pure emotion and knee-jerk reaction. That's what he's counting on. He keeps hoping that one of these times we'll all be so emotional we'll forget to think.

Well said, did I notice machine gun ports in your igloo....?

Heck, Every plane taking off has at least two plain-clothes armed marshals in it. Or at least that's what they tell us. Notice how quickly the crazies, cowards, nuts and terrorists gave up shooting up in planes going places... They know planes are not easy targets anymore...
Why don't we do the same and have couple plain cloths armed marshals in every schools, malls theaters... Or at least announce that rather than advertize gun-free zones. See how quickly these cowards give up shooting helpless people and children...